Is your ex orbiting you even though it has been quite a while since you broke up? If an ex is orbiting you, it can be unclear to you what their true intentions are.

First, let’s explain orbiting. It’s when an ex attempts to stay friendly with you but still keep you at arms length. They may like your social media posts from time to time, but won’t actually have a conversation with you. It is their little way of keeping a watch on you without actually dealing with you in any substantial way.

Do they do it because they want to get back together with you? Some may, and their little attempts of making their presence known without really doing much could be their way of trying to get you to think of them or react to them. It may be their way of opening the door just a crack to see if you walk in. It could also be their way of attempting to keep the spark alive on your end, in case they do want to revisit the relationship down the road.

Their current relationship may not be going as well as they hoped, and they may be keeping their options open. They may not want you to move on in case they find themselves single again. Sometimes an ex will orbit you because they just want to see how you are doing. They may have left your life abruptly and wonder how things turned out for you. They may have zero intention of ever revisiting a relationship, they honestly just want to see what you are up to. You may have found yourself checking out an ex of your own for the very same reason: you were just curious. 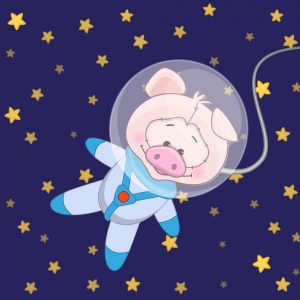 Is Your Ex Orbiting You?

Another reason an ex may be orbiting you is because of regret. They regret the fact that things ended between the two of you and what they lost. All attempts to move on leave them realizing they are unable do so. They wonder what you are doing, what you are up to, and feel the need to find out. It hurts them to see that you have a life without them. They wonder what would have happened if you two stayed together if perhaps they tried harder.

Even if they feel there is no way you would ever give them another chance, or even if you should, they still do the would have, should have, could have dance in their minds. Although they may never act on it, they can orbit you for a very, very long time.

The last example of orbiting is someone that isn’t an ex. They are the person who seemed like they were interested in you, but never made an actual move. You may have thought a thousand times that they would, but they never did. Mixed signals and flirting made you believe there was something more between you. They  hang around on the fringe of you life, not too close, but still let their presence be known in some way.

You wonder why they bother, since they never do anything or give you both a chance to have something more substantial. In truth, in almost all cases, these are time wasters. They enjoy this little game of theirs, and never actually intend to do anything more. They want to keep you in suspense, and keep this little fantasy going at your expense.

To sum it all up, when someone is orbiting you, try not to let it make you think too long and hard about it. Let them play their little games, but until they are willing to actually do something further its no use to pay it any mind.