Chasing a man is never a good idea because it usually backfires. Have you ever met a guy you were “kinda” interested in that came on really strong?  Did it change your mind and make you feel better about him? In many cases, it is just the opposite — you get turned off!

Have you ever had a guy you were unsure of or not that interested in call you repeatedly to say “Hi” or whatever and suddenly found yourself seeing him in a different way and became more interested? Again, in many cases, just the opposite. Instead you found him annoying, pushy, and now you are sure you want nothing to do with him. Now you think he is being creepy and inappropriate. 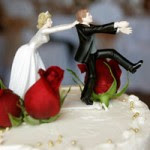 Now you see how a man feels when a woman does these things. So why do them? Chasing a man will make him feel the same way.

Now that may be hard to hear. The truth often is. Why try and take control over the situation when it is out of your control in the first place? If you feel you need to do something, use that same energy that you would have spent chasing a guy to find someone who is willing to chase you. That is the guy you really want, and who really wants you.

Men love the thrill of the chase…….so allow yourself to be chased rather than wasting your time chasing a guy who doesn’t want to be caught.