When a couple is legally separated or just living apart that time can give them a wake up call and they want their old life back. A separation does not guarantee a divorce, so before you get involved with someone who is separated enter at your own risk. When you or the person you date have children, they can react negatively if either of you is not divorced yet. They may have had a hard time adjusting to the idea of the divorce and resent that their parent is already acting single, so be careful. 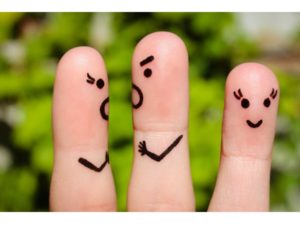 Dating Before, During and After Divorce

If you want your kids or someone else’s kids to accept you down the line, be conscious of the fact that if they meet you (or the person you are dating) too soon, they may hold it against you  forever. Children could suspect the dating caused the divorce to happen, even if it came after.

Sometimes people begin dating when they are truly not over their spouse. They may date as a way of getting back at their spouse before, during and even after a divorce. They are not really emotionally available to someone new because of unresolved feelings they have towards their spouse.

Some people begin dating way too soon because they were a part of a couple for so long and they don’t want to be alone. The fear of loneliness cause many people to jump into the dating pool before they are really ready. Just as the divorce process can take a long time, getting over a failed marriage realistically takes a long time too.

Many people find themselves having a great time dating someone before (or soon after) they are officially divorced and get dumped because the person realized it was too soon. People need some time for the dust to settle to learn what they can from their marriage. What do they want going forward, meaning what kind of relationship do they want? If people take the time to reflect on what they didn’t like in a previous relationship they can be more aware of what to avoid in the future.

It is also important to take some time before during and after a divorce to find yourself again and create a life for yourself solo. So if you are considering dating before, during or after a divorce, you may want to wait a little longer before you start.

2 comments for “Dating Before, During and After Divorce”