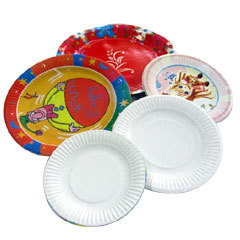 Sometimes they are still pining away for their ex. Their ex could be with someone new so they want to be as well. They also could want to make their ex jealous. A disposable relationship is perfect for these scenarios. Of course, as stated above, they rarely tell the new person they are involved with they are on borrowed time. It is the difference between paper plates and fine china. Before you buy fine china, you may use paper plates. You don’t think twice about tossing out a paper plate, because after it served it’s purpose it is no longer of any use to you. If you found yourself tossed aside and for no good reason, chances are you were someone’s choice for a disposable relationship.

When it comes to cheating, such as affairs, many choose disposable relationships. Although some affairs lead to emotional investments and relationships, many are just a disposable relationship. Some people are just looking for sex on the side, but they know all along it is going nowhere. They may lead you to believe some day they will leave their spouse or boyfriend/girlfriend, but they know it is not true. When they get caught or you give them an ultimatum, you get tossed out like a paper plate.

Have you ever seen a couple reach a plateau in their relationship and break up? The couple had been together for a while, and one wanted the relationship to go to the next level. The other simply refused, no matter how long they stayed together or how hard they tried. Then they wind up marrying their next partner easily and often quickly. Why does this happen? Because they knew at a certain point the relationship was disposable and that was why they wouldn’t take it to the next level. When they found a relationship that was not disposable for them, the transition was easy.

If someone disappeared from your life, out of the blue, and with no good reason or no real problem, chances are you were in a disposable relationship. The relationship had run its course and it was time for them to trash it. It is hard to not be a victim of a disposable relationship because they are more common that one would think. The best way to get over them is to recognize that they too are disposable. What you lost was not anything with staying power. It is not your fault, but theirs, so don’t beat yourself up. You never really stood a chance in this relationship anyway.