Does he have your back? When you need back up is he there or does he leave you alone blowing in the wind? When someone has your back, not only do they back you up, their loyalty is with you when they know you are right. They do not let you fight your battles alone, and they take your side when needed. You should be able to depend on them when you need support, and rarely have to ask for it. They are more than willing to offer up what you need.

If your partner is not willing to support you and back you up, it could be because of their own fears. For instance, a man (or woman, but for this article, we are going to use male pronouns) could be listening to you and his Mother having a verbal altercation. Even though he hears every word, and clearly knows his Mother is disrespecting you and shouldn’t be picking this fight with you, he does nothing. He is either afraid of what his Mother’s reaction will be if he steps in, or he does not have as much respect for you as he does for his Mother.

The same thing could happen with his children. The children may be disrespectful or hateful to you with no good reason and again, he may choose to do nothing. In either case, he does not have your back. He may or may not realize he is showing his Mother or his children that is okay with him if they behave this way towards you. He has given them permission to do this to you without fear of repercussion. 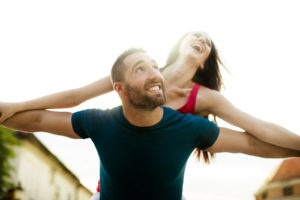 Does He Have Your Back?

He may also be unaware that both his Mother and his kids have no respect for HIM either, or they wouldn’t dare behave like that. This creates an even more hostile situation because that behavior will continue. They will continue to disrespect you. It will only get worse and worse. And your relationship will suffer as well, because you feel alone, misunderstood, and disrespected by them and by him. The resentment will grow as well, over time.

When someone has your back they defend you. They will not let someone speak in an inappropriate way to you, or about you,even if you are not even there. You should of course not randomly pick people to act out on and then expect him to jump right in there with you. What we are talking about is when someone is attacking you verbally (or physically) and you were not in the wrong.

You have every right to expect him to defend you to his people. It is not your job or your place, it is his. (And vice versa, you need to do it for him with your people as well.) If you cannot depend on your partner to stand up for you, something is clearly wrong with the foundation of your relationship. In order for it to grow, you must have a solid foundation and be part of a team. You shouldn’t have to fight battles alone. He should be right there fighting alongside you.