Many couples take breaks from their relationships but more times than not, the “break” becomes a breakup. But does “taking a break” always lead to a breakup?First let’s look at the common reasons couples decide to take a break in their relationship: 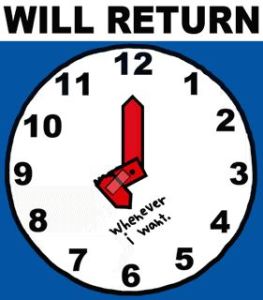 Does Taking a Break Always Lead to a Breakup?

1. They have a huge blow up and need some space to cool down. These “breaks” are usually just for the couple to clear their minds and keep things from escalating. They are usually short-lived.
2. Sometimes people do not want to deal with their partner’s reaction to a break-up, so instead they slowly pull away. You may notice emotional distance, lack of phone calls, texts, and emails. Affectionate behavior and sex also slows down. Then they announce they need to “take a break” from the relationship. Instead of breaking it off cleanly they drag out the break up process.
3. They don’t want to lose you, but they want to explore other possibilities. Let’s say you are in a monogamous relationship with John. John has been flirting with a girl at work for some time, and is curious to see what could happen with her. So what does John do? He suggests “taking a break” so he has the freedom to see what could happen with the new girl, and if that works out, he will end your relationship. If it doesn’t work out then the break comes to an end and the two of you pick up where you left off. (Until another girl enters the picture). This quite often happens when an ex comes back into the picture and he wants to explore reuniting with her.
4. He wants to string you along without the boundaries of a relationship. He gets to have you, waiting for him, while he has the freedom to do whatever he wants.

A breakup is different from a break, but a the dreaded ‘taking a break’ is not a good sign. Even though he may tell you time apart will be good for the two of you, it rarely, if ever, is. He uses that time apart to live it up, while you wait around on pins and needles to see if he will come back to you and things will return to normal. No one really needs time apart to see if they want to be with you. They should know, and if they don’t, it should take a short time, like days, to figure it out.

If your “break” has lasted longer than 2 weeks, chances are it may not end well. When couples are having problems and want to take a weekend to clear their heads, that is fine. The couple then needs to work things out together, not separately.

What should you do if someone suggest you take a break? It will take courage, but you should tell him breaks are bullsh*t, and if he really wants a break, then he can have one because you are breaking up. Tell him that you are not going to sit in limbo while someone “figures out” how they feel about you or if they want to be with you. It may seem drastic, but it is your one chance at taking the bull by the horns and maintaining your self respect and dignity. It could also make him re-think the whole “taking a break” idea because he knows he will lose you. It also gives you some of the power instead of them having all of the power.

2 comments for “Does “Taking a Break” Always Lead to a Breakup?”