Of course you want to believe they care about you, love you, and want to be with you. But when they behave and talk as if they don’t, it hurts very deeply. The first thing you need to do is call them out on it. A good time to have this conversation is when they are being more positive. Since they would be more likely to really listen, let them know you are aware of their mixed signals. 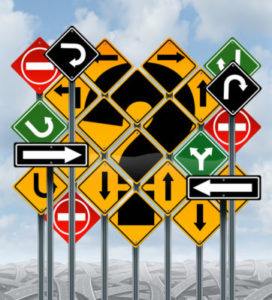 Getting Mixed Signals From the One You Love?

Be prepared to give them as many examples as you need to so you can make your point. Let them know that it bothers you, and that they are causing damage in your relationship by doing this. Talk to them about how this needs to stop and get them to acknowledge their need to change this immediately. More than likely it won’t stop it from happening ever again, but it is a start.

When/if they begin sending mixed signals be sure to point it out to them as they are doing it. Let them know that now that you are both aware of this, that it can no longer be considered an accident or something they are unaware of.  Now it is a choice they are making, and that choice, to you, is not acceptable anymore. Be prepared and strong enough to give them some space. Don’t let your fears of losing them prevent you from doing the right thing for the relationship.

In all honestly, in most cases mixed signals are not an accident, they are a part of a bigger game they are playing with you. It could be they are playing a game to keep you on your toes, keep you guessing, to avoid a commitment, the list goes on and on. The only way to avoid being the loser in this game is to not play, and that means you have to call it out and not put up with it anymore.

3 comments for “Getting Mixed Signals From the One You Love?”