Has his ex become your problem? You and your boyfriend or husband made plans two weeks ago to go to your favorite restaurant and then a movie you both have been dying to see. You have so been looking forward this, it’s been a while since the two of you spent some quality time together. It would be nice to spend a nice relaxing romantic evening with him and forget about all the stress you have been going through. The problem is, his ex just called day to ask him to take the kids because she has plans and wants him to switch. Your boyfriend or husband says “yes” without even asking you. You are pissed beyond belief, and his attitude is “His kids come first and he wants to spend as much time with them as possible. You can easily change your plans to another day”. Well, that’s bullshit. This is not about his kids, it is about his ex. 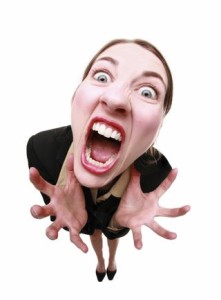 Has His Ex Become Your Problem?

Why are her plans more important than yours? Isn’t she the ex? Is it really about the kids or a bullshit excuse he uses rather than admit he is a spineless weasel who won’t/can’t say no to her for some reason? Look, if her parents just got in a car accident and she wants to visit them in the hospital, fine. An emergency is one thing, a whim is another.A random event wouldn’t bother you, but constantly having to play second fiddle to his ex is making you feel less important than she is. And you should feel that way. Remember, she is a selfish bitch who is abusing his free time without the kids to screw with his plans, But he has a mouth, knows the word NO, and sure as hell can tell her NO. The question is, will he ever learn to tell her no? Is your life now going to revolve around her every whim? Are you going to constantly and consistently be disappointed?

It is not just about child custody and visitation arrangements, the ex can call at inappropriate times, call too many times, and do numerous other things that show a complete lack of personal boundaries with your boyfriend or husband. His attitude of my kids and his ex is ridiculous. His ex’s decisions affect your life and your plans so you should have a say. Just because her boyfriend broke up with her and she needs someone to cry to doesn’t mean he should be the one to fulfill that need. She ignores all his boundaries, and now he wants to do the same to yours. No way.

Of course you have respect for his children and his ex but it must be a two way street otherwise you become a doormat just like he is. Child custody arrangements are a boundary and set up for consistency and should not be ignored. They are there for a reason. Yes of course things happen and sometimes you need to switch weekends or whatever, but that is not what we are talking about here. It is a power trip and an ability to control someones life that does not belong to them.There is a lack of closure here as well. A woman who calls her ex every time she has a problem, aside from anything child related, like asking him for favors is behaving in a manner she is no longer entitled to. Obviously she is resisting it for one reason or another. She needs a man of her own, not yours, to discuss her problems, ask favors, the whole nine yards. He is not her man anymore, and he is not a fill-in until she finds one either.

Start by discussing the issue with him,and ask him to create some boundaries with her. Discuss how many times she has done something and how many times he allowed it vs. how many times he said no. Ask him why his time with his kids is sacred (as it should be) but time with you is not? Ask him if your time together will ever be as valuable? If it is not about the custody games but other inappropriate behavior, ask him if he thinks this is normal behavior. If his ex had a man in her life would she still do it? And if she has a man, why isn’t she asking her man to do the favors for her? Ask him if you are supposed to be asking your ex for favors or help. In a lot of cases he does it because you are easier to say no to than she is. He is afraid of the consequence of saying no to his ex, but not afraid of the consequences of saying no to you.

If you are truly tired of playing second fiddle to his ex then you need to have some consequences for his lack of boundaries with her. Trust me, the ex is not planning on changing her ways anytime soon, so it is up to you to get your needs met and to be shown the respect you deserve.