What if he stops calling? Is there a protocol you should follow when someone you are dating, or in relationship with, you stops calling? For many, the impulse to keep calling is almost irresistible. The problem is, if they stop calling and don’t return your calls you get angrier and angrier. You wind up doing and leaving messages you may regret down the line. 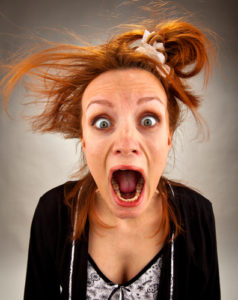 He Stops Calling Now What Do You Do?

When someone has stopped contacting you, the rule of thumb is to stop contacting them. First of all, it is disrespectful for someone to just drop off the face of the earth out of the blue. If you had a fight, that’s one thing. But if you didn’t, then this type of behavior is nothing else than shitty treatment you don’t deserve. Don’t lower yourself to their level, and don’t do anything you may feel bad about or have to apologize for later. In rare cases, they may have a legitimate excuse, like the death of a family member. The last thing you want to do is overreact and leave nasty messages. Don’t try to contact them and force them to talk to you. There is no point to chase someone for a phone, text, or in person contact when they are avoiding you. No good will come from it, and you can come across as a bit psycho.

If you have just been dating someone, you don’t have the same expectation level that someone in a relationship has. You are just dating. Sure, they should be polite and if he just stops calling, he is not being polite. Take this as your clue that if this guy is the type of person that just stops calling, that he isn’t really looking for a relationship with you. Also take the clue that you shouldn’t consider him as relationship material. If he did this while you were dating, there is a good chance they could do it while you are in a relationship. This may be their way of not dating you, and you have to accept that. Not every guy wants to say it verbally or by text. So he just stops calling, and hopes you take the hint. So please, take the hint and leave him in your rear view mirror.

If you are in a relationship and he just stops calling, don’t go through every scenario as to why they could be doing this. Don’t look for every thing you could have said or have done to deserve this. Don’t immediately make up excuses for them. Just stand still for a minute. If he wants to explain his behavior (and better have a good excuse) then deal with it when he contacts you. But you should, at this point, be very suspicious. If he didn’t have a really good acceptable excuse, then you have seen part of his bad side. Don’t dismiss it as unimportant, because it is. This is a part of him you are going to see more of, if you decide to accept his excuse and go forward.

If he contacts you and acts like nothing is wrong, then you are crazy to go any further. The least you should expect from your partner is the courtesy of a return communication or the initiation of one before days or weeks go by. (Please keep in mind, if he has only stopped calling you for several hours, or a day or so, that’s not so bad. Life happens, people get busy, and we are all guilty of having too much on our plate at stressful times). If they don’t have time to communicate, you shouldn’t have time for them, because they are just wasting your time. If this was how they ended their relationship with you, that really sucks, and you may never get the answer to the question “Why?” From them. Allow us to give it to you. The reason is that they were not the right guy for you.