Many women have found themselves in relationships that aren’t working for them. The person they are involved with keeps screwing up, refusing to make changes and repeating their mistakes. These women have spoken to these men numerous times, yet the problems in the relationship still exist.  These men quite often tell these women that they don’t want to lose them. Well, if they didn’t want to lose them, why aren’t they making the changes? Why haven’t they stopped doing what hurts her or makes her angry? Why does he keep risking losing her? If he really wanted to keep her in his life, why does he keep screwing up over and over again? 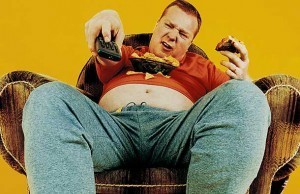 There are two basic answers to these questions. The first is that he really doesn’t give enough of a crap if you are in his life or not. He isn’t changing for you. He wants to do as he pleases and keep you in his life on his terms, not yours. And if you think about it, why would he want to lose you? You treat him well, behave yourself, and are good to him. The relationship is great on his end. Want he wants you to do is put up with him as he is. He doesn’t want to lose the good thing he has. But he is not willing to change in the long run to keep you. This is just a line he thinks sounds good and that may keep you around longer. But in reality, you are not enough to make him do what he needs to do to make you stay.

The second answer is that he does actually give a crap and he truly doesn’t want to lose you. However, instead of making the changes he needs to, he wants YOU to change. He wants you to lower your standards. He wants you to accept his shortcomings and repeated bad behavior. He wants you to let him get away with whatever he feels like doing. He wants your love for him to cloud your judgement. He wants to wear you down to the point that you accept him as is. If he can achieve that, then no change is necessary on his part.

If a man makes the same mistakes with you over and over again, by allowing the relationship to continue, you have accepted that behavior as a part of your relationship. You may think yelling at him or being pissed off for a few days is your way of refusing to accept it. Wrong. Wrong. WRONG. Your words are as useless as his. They mean nothing. It’s actions that count. So don’t kid yourself. Any behavior you allow to continue, you have accepted. And this kind of guy, wants you to accept it all.

He doesn’t want to lose you, he wants you to lose your self-esteem and dignity. Then he can keep you around and have the relationship with you HE wants. This guy will make changes but only through force. This guy actually does care enough about you that he doesn’t want to lose you. He won’t feel he needs to change unless YOU make HIM believe he WILL lose you if he doesn’t change. (And this is not going to happen with words, it will only happen with ACTION)

So, the bottom line is, if a guy really doesn’t want to lose you, he will not just say it, he will prove it. Otherwise you need to lose HIM.