Many men really love being called a player, and many times will act as though being called one is a compliment. And to many men, it is. Women, on the other hand, know that if a man is a player he is not good relationship material, but someone to be avoided. A player knows what to say and when to say it, even if he does not mean it. That is the whole concept behind being a player. They “play”, with women’s feelings, use those feelings against those women, and manipulate them to get what they want. It is “playing” a “role”of the man they think you want, to get what they want from you. A man is called a player, but if he were a woman, he would probably be called a manipulative bitch or something equally as charming. 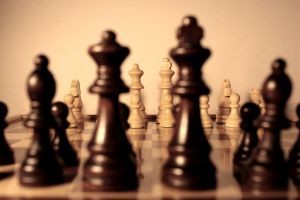 If You Get Played by a Player

Players size women up easily, and are able to spot vulnerabilities and weaknesses in women, using them to their advantage. Players make you feel wonderful and special at the beginning, in an effort to make you fall for their lies (by action or words) so they get what they want and “win” the game. When the game is over, players no longer see the need to play the role any longer, and will begin to show their true colors. Things can change overnight, or more gradually, but they will change, and it will be over. All games end, and when it does, players are out to play with a new opponent and take on their next challenge.
Women have to protect themselves from these predatory men. If a man seems too smooth, comes on too strong, or seems to good to be true, he is probably a player. These men have a shtick, and are so comfortable in their roles, it is almost second nature to them. Use your gut instincts, and if you feel you may have met a player, walk away from the game, because you can’t win. Players are professionals at getting under women’s skin. Don’t bother making it a game between the two of you to see who can win, because it won’t be you. The fact that you even waste your time on him means you already lost.
When it is over, and he begins to change or abruptly leaves, rather than obsess about how good he was in the beginning, accept that you got played. He was not the guy who you saw at the beginning, that was so nice to you, said all those wonderful things to you, and made you feel special. That was an act, he was playing a part, and he is a piece of human waste. He was always emotionally unavailable to you, and whatever you think he felt, he felt nothing. Don’t feel ashamed or stupid, because in truth, you are worth more than a thousand players. Drop him from your mind the way he dropped you from his life because he is not worth another nanosecond of you time.

4 comments for “If You Get Played by a Player”