Imaginary relationships are often a far cry from reality. When we meet someone, it is common to imagine what it would be like to be in a relationship with them. We use our imagination to create a fantasy of what we would like that relationship to be like. You can take snippets of their personality and create an entire character from it.

Since you see them being helpful at work, for instance, you imagine how this person would be helpful around the house if you lived together. You imagine them offering to help without even being asked, just like they do at work. But you have to keep in mind this is all in your head. You made this shit up. You may think it is an accurate assessment based on what you know of them, but until you are in a relationship with them, you really have no idea what they are like. As a friend, someone could be there for you at the drop of a hat. But when you are in a relationship with them of a romantic nature, they may not treat you that way anymore. People treat their friends, co workers, lovers and family differently. 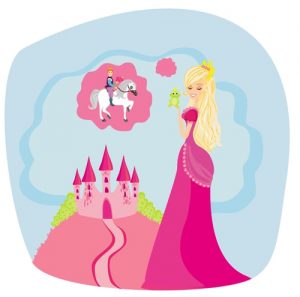 Your imagination may be putting a positive spin on a person who in truth you really don’t even know. You can become emotionally attached to someone that in truth is a figment of your imagination. You have not taken the time to get to know them, because you were too busy creating them to make an ideal parter for you. You are more than likely going to be very disappointed because you created the perfect partner, and have incredibly high unrealistic expectations of them. There is nothing wrong with having high standards, but it is not fair to put someone on a pedestal that they didn’t climb on themselves. You put them there, and now you have set them up to fall.

The other problem with these imaginary relationships is they are one-sided. In most cases the person you are daydreaming about, and imagining different romantic scenarios about, is not doing the same thing with you. They are oblivious to what you are doing, so they are not emotionally invested in this fantasy you created. You are, they are not. They may like you, but since they don’t know you , those feelings stay at a certain level. You, on the other hand, have been getting more and more emotionally invested in someone who your imagination created. You haven’t been on a date with them yet, so calm down.

You can’t get mad at them for spending time with other people because their time does not belong to you, you are not in a relationship. Your emotions are unreasonable because you let your imagination run wild. We speak to many people who believe they know everything about someone they have not even had a conversation with. They know exactly what kind of boyfriend or girlfriend they would make. They know how they would treat a partner. Do they really? No. They made it up. There is nothing wrong with a little daydreaming now and then, or trying to picture what so and so would be like as a romantic partner. But don’t let it get out of hand. You have to live the reality of the situation, and not get too emotionally invested in a fantasy that may never come to fruition.

We also invite you to read Love or Infatuation: What is the Difference