Has the one you love been misleading you? Have they led you to believe something was true only for you to find out the shocking truth and feel devastated and betrayed? You are going to feel as though the rug was pulled out from under you. The love story you built up together has now been hit by an earthquake.

Did they lead you to believe they were over their ex and would never get back together with them? Did they mislead you into thinking they had more money than they did, or more education than they do? Have they been misleading you by making you think they were single, or fully divorced? Did they make you think they were only living with someone in a platonic way? Had you been lead to believe that you were the only person they were dating, or sleeping with?

No one wants to find out that what they believed to be true is false. If this happened to you, more than likely you are wondering why they decided to mislead you instead of telling you the truth. Are they just liars or is there something else to it? Some people may actually tell you the truth as to why they were misleading you, but most won’t. They lied already and are more than willing to do it again. 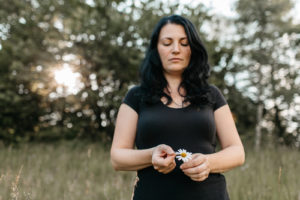 Is the One You Love Misleading You?

Does that mean they never cared about you or don’t at the moment? No, it does not. All it means is that they will lie a second time to support their first lie. Don’t blame yourself for being mislead. They did a good job making you believe it, didn’t they? Did you see any signs beforehand? In many cases, you won’t, but in some, you will.

Don’t feel stupid and beat yourself up too much. Learn your lesson and move forward. Accept that the person has broken your trust (and possibly your heart) but it doesn’t always have to be the end of the world. Things are not always black and white.  Now I am not saying there is a good reason for someone to be misleading, but fear does make people do stupid things. Misleading you about their status is never a good thing, but some people do it for better reasons than others.

If they were doing it because they wanted to trick you into an affair with no intention of changing their status at any point then they are a manipulative asshole. However, if they were in a loveless marriage that they tried to make work but it only got worse, then they met you when they weren’t looking, they may have decided spontaneously to keep that “detail” to themselves. They felt a spark and kept their mouth shut because they have lived so long without one. Again, it’s not right to mislead people, but that is a better reason to than the previously mentioned one.

The bottom line though is you have to deal with the fact that this person led you to believe something that was not true. If you decide to deal with them, know that their own agenda outweighs your feelings. Trust should not be given lightly again. Know that they can continue to mislead you if it serves their higher purpose. If they earn that trust, fine, if they don’t, that is fine too. You will be better of without them, and with a person who doesn’t mislead you and is upfront and honest with you.

1 comment for “Is the One You Love Misleading You?”