A lack of appreciation is relationships is one of the main causes of brake ups. We don’t all necessarily want a big production made every time we do something for the person we love. But when there is a total lack of appreciation for what we do for those we love, we tend to get hurt or angry.

No one likes to be taken for granted. That is a given. But when we give from our hearts and all we get in return is a lack of appreciation we often feel foolish. What are we doing it for then? How can we make the ones we love understand that their lack of appreciation is causing resentment to build up and negative feelings to grow? Is there a way to turn it around?

There can be a way to go from a lack of appreciation in a relationship to one where there is more gratitude. So how can this be achieved? Well, the first step would be to stop bringing it to their attention all the time. It’s not working. You have reminded him or her enough times and it hasn’t made them more appreciative, has it? 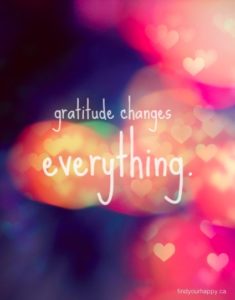 Lack of Appreciation in Relationships

Sure, at that moment they may placate you, but then they go right back to taking you for granted. So hold off on verbalizing your frustrations and hurt. Instead, stop doing all you do. They don’t appreciate the fact that you make their favorite dinner or dessert for them? Stop making it. Let them get used to that for a while. They will know their lack of appreciation caused you to stop, and they just may learn their lesson and not take it for granted anymore.

Actions speak more seriously than words. Does your significant other act as though it is your job to run their errands for them while they are busy at work or whatnot? Learn, very quickly, how to say no. That right there will shock them. They will more than likely even get angry.

This will show you just how entitled they feel that you be their personal assistant. Tell them you are too busy, they will have to do it themselves. Keep doing that for a good long while. Let them do it themselves, and while they are doing it themselves, they can’t help but learn how much trouble and time you were saving them. Use that extra time to do something for yourself. Your world has revolved around them and they need to see you put yourself first so they can get the hint they need to do that too once in a while.

Relationships should be equal, but they never are exactly, but they should be close. If there is a lack of appreciation in your relationship, it isn’t even close, it’s all on you to do for them. Keep in mind when they do something nice, or show they care, show your appreciation for it. Let them learn by your example. Not everyone will be able to change into a more appreciative person, but many can, so it is worth it to give it a try.

3 comments for “Lack of Appreciation in Relationships”