Nigerian dating scam is very prevalent throughout online dating websites. Millions of people receive emails claiming to be sent by a “Nigerian Authority” offering millions of dollars to the lucky recipient for just opening up a bank account. Most people are savvy enough to hit DELETE. However, for the numerous that have fallen victim to this scheme, they have lost thousands of dollars, their life savings, and in some cases, their lives, when trying to get their money back.

Many people might shake their heads and shrug their shoulders feeling superior that “something like that” would never happen to them – when in reality it already has, especially if they are trying to find love on a dating site. From cyber boiler rooms all through out Nigeria, scammers zero in on their prey with their Nigerian dating scam. They call them “maghas” (slang for gullible white people). These scammers spend hours extracting thousands of American e-mail addresses, sending off fraudulent letters, and then wait for hundreds of replies each day. For the vulnerable and lonely, the scammers offer the irresistible hope and belief that they have found their true love and soul mate – without a question or a doubt. They are being offered the promise of life, love and riches beyond their dreams. 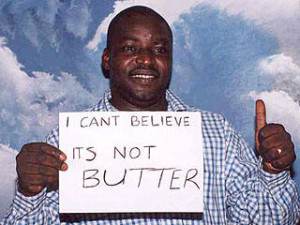 “Is the guy in these pictures really you?? I just can’t get over, you’re soooo handsome!!!! I can’t believe my luck!!!!!!!” one hapless American wrote to a scammer seeking $1,200.
The scammer replied, “Would you send the money this week so I may buy a ticket to come see you? I can’t wait to see you, and hold you.”
“I don’t have the money yet. I will get it, though. Don’t you worry, can’t wait to see you,” the victim wrote back.

The Nigerian dating scam happens more and more each day as unsuspecting wounded hearts receive requests from gorgeous people asking their friendship. Why scam in chat rooms? The “gorgeous person in trouble” scam has the biggest payoffs.

In most cases, the scammers log into chat rooms and on Christian dating sites posing as handsome and beautiful Caucasian Americans or Nigerians. They set up fake and phony profiles, using pictures from modeling sites from all over the net. They spend hours, days, weeks and sometimes months, chatting up and luring their naïve targets with Internet intimacy.As far as the victim is concerned, they believe what they are experiencing is the real thing – that the picture of the person they chat with is real. The person they are chatting with, while revealing their deepest desires, really does care about them. The person they are chatting with loves them.

So once a “relationship” has been established, it doesn’t always seem odd that their cyber soul mate may need a few dollars. However, once one dollar is wired or transferred, the scammers know they have a “live one.” In many cases people with degrees in psychology are hired brought in to help the scammers “close the deals.”

In a long string of “mishaps,” the fictional “boyfriend,” “girlfriend” and/or “fiancée” claims to be in America and goes to Nigeria on business. Next, a wallet is stolen, someone needs an operation, hotel owners hold the unreal soul mate hostage, and hundreds of dollars is needed to pay the bill. Also included in the series of events, new plane tickets need to be bought, custom officials must be bribed, not to mention, heavy “get-out-of-jail” bribes. 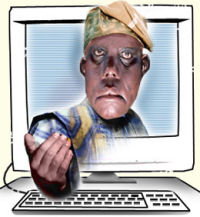 The U.S. Secret Service estimates such schemes net hundreds of millions of dollars annually worldwide, with many victims too afraid or embarrassed to report their losses.Stephen Kovacsics of American Citizen Services, an office of the U.S. Consulate, says he is woken up several nights a week by Americans pleading for help with an emergency, such as a fiancée (whom they have only met in an online chat room) locked up in a Nigerian jail. He has to tell them that there is probably no fiancée.

Kovacsics, who has spoken to a victim who lost $200,000, says most victims can’t believe that a scammer would spend months of internet chat just to nab $700 or $1,000, not realizing that is huge money in Nigeria and fraudsters will have many scams running at the same time.

This dating scam is just one of the many frauds that have first surfaced and continues to grow in Nigeria – performed by thousands of scammers.It’s called a “4-1-9″ scam, after an old Nigerian criminal code for theft under false pretenses.

Basil Udotai of the government’s Nigerian Cybercrime Working Group said 419 fraud represents a tiny portion of Nigerian computer crime, but is taken seriously by authorities because of the damage it does to the country’s reputation.

“The government is not just sitting on its hands,” he said. “It’s very important for the international community to know that Nigeria is not glossing over the problem of 419. We are putting together measures that will tackle all forms of online crime and give law enforcement agencies opportunities to combat it.”

Though the fraud is apparent to many, some people think they have stumbled on a once-in-a-lifetime deal, and scammers can string them along for months with mythical difficulties. Some victims eventually contribute huge sums of money to save the deal when it is suddenly “at risk.”

If something or someone sounds “too good to be true” – chances are it’s a scam!

This website has even been solicited by these scammers, click here to see some of the emails we received. Many of you may recognize these emails as ones you have already been sent as well, but hopefully some of you who have not, will recognize it instantly as a scam, should you receive one yourself.