Recognizing a bad relationship early is not always easy. In the beginning of a relationship, especially the first several months, it is easy to hide your bad side from your partner. Someone’s true colors, their bad side, often take some time to surface. By then you may already have developed feelings for them. It is those feelings that make one prone to dismissing or excusing bad patterns of behavior. We want to think “That’s not really them” when it fact that is really them. You are finally getting to see it, even though you don’t want to.

Recognizing a bad relationship early can save you from years of heartache and drama. It is better to let go of a bad relationship early, even if it hurts to do so. You may not want to give up right away, but in many cases that would be the right thing to do in the long run. The person that caught your interest and said and did all the right things is the one that you fell for. That was the whole point in them behaving like that. They hid those words and behaviors from you because they know how unattractive they are. Why is it that so many people can easily look back and think of what might have been, but have such a hard time looking forward and see how bad it will get? 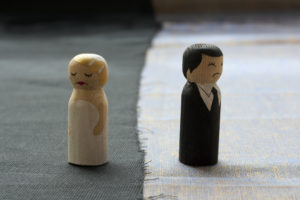 Ways of Recognizing a Bad Relationship

These are some helpful signs for recognizing bad relationships early. Please don’t ignore the warning signs. Save yourself a lot of time and energy by being truthful with yourself, and having the courage to turn your relationship around early, or leave before you get too badly burned.