There is nothing wrong with hoping, but you shouldn’t build your life around a someday that may never come. I have seen too many women spend so much energy and focus on a guy that really is just busy living his own life. They may be friends, or coworkers, and there may be a relationship between the two of them, but not an exclusive romantic one.

The guy may even be in an exclusive relationship or out playing the field. But the woman, on the other hand, has it in her head that this is the guy she will be in a relationship with someday so she stays single. It is a problem that she closes herself off to any relationship she could have right now. I have spoken to women in situations like this that feel they cannot date someone else because it would feel like they were cheating! How can you cheat on someone you are not even in a relationship with? 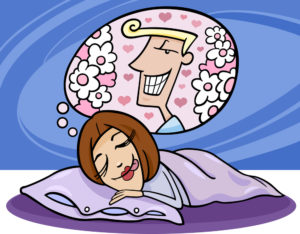 Being in a Relationship Someday, or Today?

When a woman creates this fantasy world based on what they now consider the fact that they will be with this guy someday she is no longer living in reality. While he is off pursuing his dreams, she is living in one. In many cases the guy has no idea this woman even has this level of interest in him. He may think they are just friends or acquaintances, and has no idea of her obsession with him.He more than likely would be stunned if he found out.

She may spend time on helping him out when she should be spending her time helping herself. She may be spending money she really shouldn’t on him all in an effort to impress him and make him like her. She may even create ways for them to be in communication consistently so they do not lose touch. Is this healthy? No, it isn’t. It is fine to have an interest in someone who is not available to you right now, for whatever reason. What isn’t fine is when instead of putting them on the back burner for now, they are at the forefront of your life, where they don’t belong.

Why put so much thought, feeling and effort forward today on something that might happen someday down the road? Isn’t that like buying wallpaper for a house you might own someday? It is, and it is the wrong thing to do. Some women get hung up on these someday relationships that they waste years on a guy that couldn’t really care less about them. And think about this, if they really wanted to be with you today, why aren’t they? Have they actually done anything to move things towards a romantic relationship with you or is it just one-sided?

If it was not for you finding reasons to communicate would they actually keep in touch? If they aren’t doing anything (regardless of what they say) to be in a relationship with you someday, then maybe it is time for you to step out of your daydreams and come down to earth.

1 comment for “Being in a Relationship Someday, or Today?”