If your affair or relationship with a married man is over, should you tell his wife or girlfriend that you and he had an affair? The answer is not the same one-size-fits-all. It depends on the situation and your reasons for wanting to tell her.

Let’s say you were dating (and being intimate) with a man who you thought was single. You grew closer, trusted him, and saw a future between the two of you. One day he tells you he is married or has a girlfriend. It is quite understandable that you would want to let her know about it because you have both been tricked and mistreated by this man. You may feel the need to warn her and feel sympathy for her. Especially if he ends your affair (that you did not even know you were having) because he is beginning another (or already involved in another).

But what if you knew exactly what you were getting into? What if you knew he was married or had a girlfriend and chased him or accepted his advances anyway? What if you knew he was not single and was pursing you and you allowed it? If your affair began with full disclosure between you and he, what are your reasons for wanting to tell his wife or girlfriend about it? Are you doing it because he is taking to long to leave her like he has promised over and over again? Are you considering telling her because he ended things between the two of you and wants to work things out with her? Are you angry he ended it with you and you feel hurt so now you want him to “not get away with it?” Did you end the affair because he wouldn’t leave her? Did you do it but not really mean to? Were you hoping your ultimatum would ruin their relationship so you could then have him? Is telling her about the affair to have him run back to you?

Now that you have established your reason for wanting to tell his wife or girlfriend about the affair, there are a few more points to consider: 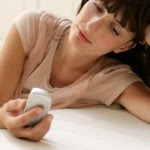 The Affair is Over – Do You Tell His Wife / Girlfriend?

You have choices, to tell or not tell, and before you decide give yourself time to really think about which option is for the best.