A player is very good at his game. A player can make you believe he is looking for a meaningful relationship and some will make you believe they care about you. So how can you spot a player before you get played? Here are some signs to help determine if you are being played by a player.

Top 10 Signs You are Dating a Player

1. If a guy you are dating doesn’t plan your dates ahead of time, you may be only getting his spare time. If you do not get to see him on weekends, only during the week, chances are he is a player. If you are important enough to him, he should be able to spend some time with you on the weekends.

2. If he spends too much time with his male friends and you are never invited along, chances are he may be a player. If he makes vacation plans with his buddies all the time but never with you? Same thing. Even if he isn’t a player he is not making you a priority.

3. If he rarely calls to speak to you and only texts, this may be a player red flag. He should want to talk to you during the dating phase. He should want to hear your voice. Also, if you text him and it often takes him an eternity to text back this could also be a sign he is a player, especially if he tends to text back at the end of the night. 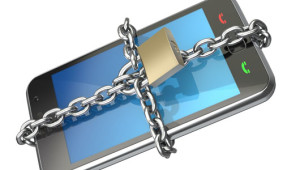 Top 10 Signs You are Dating a Player

4. If he guards his phone and is very mysterious/suspicious with it, this may be a sign he is a player. Now of course he doesn’t need to hand is phone over to you, but if he guards it like it has top-level security secrets on it, there is something up.

5. Social media is part of our lives now, unfortunately. If he won’t friend you on Facebook, Twitter, or any other social media hub, he may be a player with something to hide.

6. If he doesn’t really take you out in public, especially to places he says he likes to go, you may be dating a player. Why wouldn’t he take you there unless he is hiding something? Does he hold your hand in public? Does he show any affection towards you while you are out in public? If he doesn’t, that too could be a player red flag. Could he be afraid someone will see the two of you together?

7. How does he introduce you to people? As his friend? If he does, this can be another sign of a player. Does he have a lot of female friends? You could all be dating him and all be his friend, couldn’t you? If a guy is interested in you, the least he can say is “This is a woman I am dating/seeing”. There are very few men on earth who DON’T realize when they call a woman they are having sex with their “friend” the woman is going to get pissed off. So, he knows better. But he still did it.

8. If you have dated for a reasonable time and have not met any of his family members, friends, or even co-workers, you could be dating a player. Why hide the fact you two are seeing one another? Why isn’t he introducing you to important people in his life? Right after the first date you shouldn’t expect to meet his mother, but at some point you should at least meet someone he knows.

9. Players make promises they do not keep. So, if the guy you are dating breaks promises left and right, he might be a player. If he never follows through with plans you make, breaks dates, and only sees you spur of the moment, that sounds just like a player.

10. Players often simply vanish and have no good reason for doing so. Can’t get in touch with him for a few days? Haven’t heard from or seen from him in a while? Did he either offer no explanation when he popped back into your life or have a lame excuse? This is another sign you may be dating a player.

When dating a player it is better to be forewarned and prepared so you can play your hand and leave this player behind.