So the one you love is currently married to someone else and you wonder when he will get divorced. You are having an affair but want things to change. You don’t like having just an affair. You don’t feel right about it. You never saw yourself as someone who would get involved with a married man. Yet here you are, wondering when he will get divorced.
In actuality, he may never get divorced. Not everyone who begins an affair is looking for a new relationship so they can discard their old one. Many men (and women) get involved in an affair so they can have an affair. That’s all they want. Nothing more. Have you asked him or her when they are getting divorced? Are they giving you excuses, or do they have a plan of action? Have they done or said anything to indicate to you a divorce is on the horizon? Or, have they flat-out told you they never plan on getting a divorce? 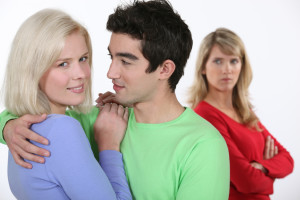 When Will He Get Divorced?

That is one of the problems with getting involved with someone who is married to someone else. All they have to offer you is an affair. There are no guarantees they will get divorced and even if they do divorce that doesn’t mean they will give you the kind of relationship you want.
We have spoken with many people who had been involved in an affair and how they waited and waited for the one they love to be divorced. When that day did finally come, they were shocked by what happened. Now that they were divorced, they said they didn’t want to rush into anything serious. Are you kidding me? They are divorced now and still won’t commit to you? You waited all this time for the divorce to be final and now they aren’t ready for a relationship with you? Yes, it happens all the time. The person getting divorced has this new sense of freedom and are not ready to give it up right away. So, after you waited for years (or decades) for them to get divorced, you still don’t have what you want.
The bottom line is to not get involved with someone who is married to someone else. Even if they are separated, they are not divorced. Stick with being friends until they are actually single and available. If you are having an affair, there should be a limit to the time you will remain in it. Don’t keep hanging on to the fantasy that one day he or she will get divorced. Live in your reality.
The reality is you’re in an affair and you don’t want to be, you want something more. Give them some time to start the divorce process, but don’t give them too much time. They may want to wait until their children are adults. Well, that is nice that they are concerned about their children’s lives. You need to be concerned with your life, not his. He may make his decisions based on his family, but that is his family, not yours. If you want to have a family of your own then why put his first? Don’t. Put yourself first. Don’t leave it up to him or her as to when they will get divorced. Make that decision for yourself. Put an expiration date on your affair and tell them about it. Tell them our affair ends on such and such a date. If you are not divorced by then I won’t be a part of your life anymore. Then stick to it. Don’t put more effort into sustaining an affair if they won’t put forth any effort into getting a divorce.