Why does he keep coming back only to leave again? When you broke up, you were devastated. You didn’t know how to handle it, and wondered how you would move on. You tried to think of ways you could have prevented the break up and/or were frustrated that your ex didn’t do all they could to save your relationship.

You missed him every day, and found it very hard to get through your day. You couldn’t think straight, you couldn’t function properly, and forget about getting a good nights sleep. You truly grieved the ending of your relationship and tried to move on. (Even if you didn’t want to.)

But then your ex came back. He may have contacted you with an attempt to reconcile or just used a stupid reason to break the ice. You don’t care what method he used to come back, you are just glad he did. You feel as though you learned some things, and you hope they did too. But then time went on, only to have them leave again, and your world is turned upside down yet again.

Most couples, especially those together for a long time have gone through at least one break up, so it is not a red flag. But if you are with someone who keeps coming back only to leave again multiple times, you are in an off-on toxic relationship. 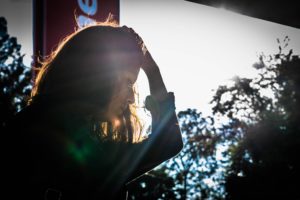 Why Does He Keep Coming Back Only to Leave Again?

There is no good reason why he keeps coming back only to leave again and again. There are plenty of bad reasons though, and the worst thing you can do is try to justify them. When someone keeps leaving you again and again to give their ex yet another try, you are caught up in a dynamic you want to break free of as soon as possible.

People that do this are not confused. Their feelings do not change every few months. They know exactly what they are doing. They don’t want one relationship that they have to commit to. They want two relationships that they can end and start again at any time.

It may seem strange to you that there are people like that, but that doesn’t negate the fact that so many people create situations like that on purpose. They are not going to come clean and tell you the real reason they do it. If they did, you more than likely wouldn’t participate. So instead they build you up, then tear you down, and make you focus more on their ex than them. They want you to think their ex has a hold on them that they cannot be responsible for.

They want you to compete for their affection with someone else. Why? It is a huge ego boost for one, and they take no responsibility and accept no consequences for their actions. They can’t control their feelings, right? Bullshit.
It is not about controlling their feelings, it is about controlling you and yours. Another reason why they keep coming back only to leave again is that they cannot control their anger and/or feel breaking up is the best way to win an argument.

They want you to think they won’t come back as a way to make you back down. It is also a way to keep a relationship from developing a strong foundation. Without a strong foundation you cannot build a future because the present is so unstable. They don’t have to worry about taking the relationship to the next level because their leaving side tracks efforts to move forward.

1 comment for “Why Does He Keep Coming Back Only to Leave Again?”