Do you realize, one day out of the blue, that your guy is ignoring you? The last time you and your guy got together  you had a fabulous time, or so you thought.  Now you have not heard from him. At first you think he must be busy with work or something, but then your insecurities start to fester and you ask yourself “Why is he ignoring me?”

You wait to see if he will call you. He doesn’t. Then you decide you cannot take it anymore and call him. He doesn’t answer so you leave a message. Two days go by and he has not returned you call. Now you are fuming pissed. How dare he ignore you like this!!

Instead of getting mad at him and deciding to dump his ass you are too busy wondering why he is ignoring you. Is because he wants to dump you? 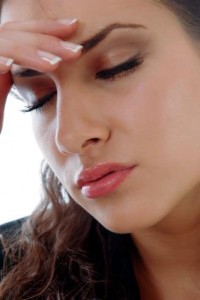 Why is He Ignoring You?

Forget about why he is ignoring you. There is no reason or explanation good enough for it. If he was a decent guy he wouldn’t ignore you.  If he did want to end things he could have been man enough to tell you, rather than ignore you and leave you wondering “What the hell happened here?”

Who wants a guy that ignores them? You shouldn’t.

For some reason, when women are ignored they become obsessed with getting that person to give them attention. Instead of saying to themselves “This person is rude, I don’t deserve this kind of treatment and don’t need this kind of man” all they want to know is “Why?” “Why”? Why?”

If he has someone else he should have told you and not acted like a dirtbag and ignored you. If he is mad he needs to say so and stop playing baby games and ignoring you. If he is doing this to get you to pursue him, he is a manipulative idiot that plays mind games and you need to get away from this jerk as fast as possible. If he is doing this to break up with you he is a spineless weasel. If he is ignoring you now because things were moving too fast for him then this guy cannot handle a relationship at all. If you stay with him you will have an on-off relationship. (And those totally suck, so don’t bother). If he is doing this to avoid commitment then he has commitment issues and you have to accept the fact that he will avoid giving you one.

Time to let this idiot go too.

If he is ignoring you so he can “think about things” “or “sort out how he really feels” those are both bulls*t lines so he can take a break from you. He didn’t use that time to sort out anything (including his laundry) and he didn’t think about you either. This selfish jerk most likely has someone else and used that time to give someone else his attention. It is quite common that guys like these ignore you for a while and then try and pop back in your life (usually as if nothing happened and with a lame excuse) and you know what you should do? That’s right, ignore that loser.