Will he give you another chance or is your relationship really over? Perhaps you just lost your temper and said things you didn’t mean to say. You may have even broke up with him, but now regret it. You may have cheated, lied, or done or said one of a million things and now you don’t want the consequences. You want things to go back to the way they were, but will he give you another chance? Is there a possibility you two can try again, or are they done with you?

You really believe you have learned your lesson and are truly sorry. But how do they feel about what happened between you? First of all, you may be stressing over nothing. Couples do fight, and sometimes they hit below the belt. Unfortunately it can even become a part of the relationship, where every fight leads to a break up. If that is the case, quite often he will give you another chance, because even they don’t take your breakups seriously.

He may also be worried that you may not give him another chance because of what he may have said or done. He may not have been completely innocent either. If he does give you another chance, you need to cut this behavior out. At some point down the line one of these breakups could be permanent, and then it is too late. No one wants an unstable relationship forever, so find a better way of dealing with your problems then always breaking up all the time. 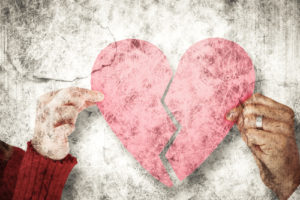 Will He Give You Another Chance?

Sometimes we are pushed to say things or do things that we normally would not. If, for instance, you caught your boyfriend cheating you may say or do some over-the-top things. Keep in mind you were most likely out of your mind because your emotions were all over the place. Don’t feel so guilty for what you said or did, unless you resorted to violence. His behavior created your reaction, causing you to do or say those things.

Instead of wondering if he will give you another chance, after you caught him being unfaithful, you should really ask yourself why you give someone another chance to cheat on you. He should be begging you for another chance, otherwise how could you even begin to think he is sorry? If he values you or the relationship they would be making amends, regardless of what you said or did. He has a brain, he knows why you said or did what you did, and that it was because of what he did.

You may want to rekindle a romance from a long time ago. Depending on how it ended and the issues that occurred through it, he may or may not be open to reconciling. Before you put yourself out there, really think back and remember what issues you had, and how this time you could solve them. If they were not easily resolved the last time, they wont be this time either. If you needed to make changes then, you most likely will have to make them now. So the question really isn’t if he will give you another chance, it is really a question of whether or not you are willing to change or compromise.

You may feel the urge to call or text your ex begging for another chance. You may try to ambush them at work or at their house. You may send flowers or use other romantic gestures to convince them to give you another chance. You have to be careful with that. If doing that is annoying your ex then that kind of behavior is only going to backfire on you badly.You have to make it about him, not you. It sucks that you have to wait around for him to give you another chance, but that is the way it is. You cannot control whether or not he will, so don’t hound him constantly to speak with you. Most people find it pathetic and creepy once it passes a certain point, so be careful not to get to that point.