You are interested in someone who has someone else in their life and wonder will he leave her. What do you do when you have feelings for a man who is in a relationship with another woman? This could be a man who has no idea you have feelings for him and is off limits because he is in another relationship with either a girlfriend or a wife. It could be a man you began an affair with, who did not tell you he was married until after he had you on the hook. It could be a man you knew full well was not single, yet you didn’t stop seeing him. This man could be someone who told you he is in loveless marriage, without intimacy, and they are only together for a certain reason. The excuses they usually give are financial, children or health problems of their spouse or one of the kids. But he says he will leave her someday.

He could have told you he is in no position to leave and never will. Let’s break each scenario down for you: 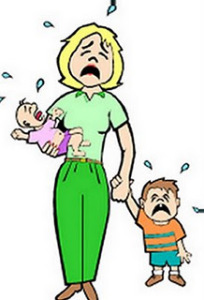 Will He Leave Her?

The guy who is clueless that you are interested in him probably won’t leave her, and if he does will most likely not be with you. Don’t pin your hopes on that because he is probably not even aware you exist. Live in the here and now, and should you both find yourselves single and he expresses and interest, great. But don’t put your love life on hold.

The guy who did not tell you he was married or in a relationship until after he hooked you wants to have an affair. He started your relationship with lies and manipulation and will continue with that behavior. His needs come first, not yours. Clearly he has no respect for you, but it is YOU who should have no respect for HIM.

The man you got involved with knowing full well he was not single knows you are aware of his situation and believes you didn’t care he was married or had a girlfriend. And let’s face it, you didn’t. So he will be in no real rush either. Clearly he thinks you have no respect for yourself either.

The guy who can’t leave because of the children, finances or whatever will come up with one excuse after another to stay with his wife. So again, don’t hold your breath, if you do, you will die from asphyxiation.

Instead of asking yourself if he is ever going to leave her, ask yourself why you haven’t left him. You deserve better than sharing a man with another woman. Time waits for no man, and neither should you. So instead of wasting your time waiting for this guy to leave his wife, girlfriend, kids, house, 2-car garage, buried treasure or when someone is miraculously cured of an illness, put your time, effort and energy finding the right guy for you. Because this one, with all his attachments to his other life, is clearly not the one.